WE MADE HISTORY AND SET A NEW INDUSTRY RECORD

Greetings Groovesters – It’s been another historic day (and week) for our young company.

Yesterday we brought the Legacy Lifetime phase of our rollout to an end and it sparked a flood of new upgraded members that exceeded every single one of our most optimistic predictions.

We’ll give you the NUMBERS in a moment, but first and most importantly…

A huge WELCOME to all of our new Platinum Lifetime members!

You’re now part of a very special group of Groove charter members who are literally our reason for getting up in a morning. We’ll never forget the confidence and commitment you’ve shown to us. By voting with your wallets you give us the conviction (and of course the financial resources) to keep growing and improving the GrooveDigital™ collection.

Naturally one of the side effects of bringing in a huge crowd of new members is that our Support team is working so hard to answer all of your questions that smoke is wafting from their keyboards.

We’re putting extra resources in where we can and we’re answering lots of your questions through the Facebook group, but it IS going to be a few days before things get back to normal.

Please be patient. We’re all in this for the long-haul and we’ll make sure no one gets left behind.

Thank you for your understanding.

We also want to say “thank you” to everyone who is helping to make this company thrive. So many of you put in extraordinary efforts to make this last week possible.

We have amazing employees based all over the world. There is literally not a minute of the day when someone, somewhere in the world isn’t hard at work making Groove one of the fastest growing tech firms in existence.

Thank you to the team captains who do such a great job of keeping the ship on course.

Thank you to the support team – you’re our frontline and we’d be lost without you.

Thank you to the Facebook admins who have been feverishly welcoming, and responding to, all the new members.

Thank you to all the affiliate and JV members who have helped us achieve exponential growth over the last few months.

Thank you to the marketing team who have pulled off an internal launch that is nothing short of miraculous.

Thank you to the founders and partners for bringing together a unique vision – which, yes, is kind of like thanking ourselves, but they deserve a pat on the back just the same.

And of course, thank you, thank you, thank you, to every Groove member. Whether you have a free or upgraded account, we’re grateful to every single one of you for believing in our vision, for opening an account, for helping us weed out the bugs, for making amazing software development suggestions, for joining and participating in our webinars, for joining the Facebook discussions, for being so generous in sharing your hints and tips with other members, for sending us your testimonials, for helping us spread the word, and a 101 other things that would take us another 10,000 words to express.

Thank you. We love you. We can’t wait to continue sharing this journey with you.

Okay… so here’s the story you’ve been waiting for…

A week ago, we began the countdown to the end of the Legacy Lifetime upgrade through an internal launch. This means we didn’t collect a big group of affiliate partners – we literally ONLY promoted this offer through our own ad network and to our existing members.

Naturally, as with any kind of offer involving a countdown, the number of sales grew as the week marched on. We saw some exciting numbers over the weekend and on Sunday evening we decided to poll our marketing team and get them to make a prediction for the total value of the final day of sales.

Fifteen people in total submitted a prediction, and not a SINGLE person overshot.

In other words, our total sales on the last day of the promotion exceeded everybody’s most optimistic guess.
Kudos to Richie for guessing a figure that was just 2% out. Which, to be honest, is a little too close, leading us to suspect he may have a DeLorean in his garage ;-)

In truth we were only a few hours into Monday before it became clear that almost all of us had underestimated what was about to transpire.

At the peak of the day we were seeing members upgrade at a rate faster than one per minute. For what amounts to a $1,400 purchase, that is frankly incredible.
On Sunday, Mike – traditionally our most clairvoyant predictor of sales – predicted something between $750k and $1M.

We passed the lowest of this estimate at around 18:00 (EST).

By that point we all knew something special was happening.

Around two hours later we passed $900k and we finally felt confident enough to believe that is was going to be a SEVEN-FIGURE day.

At 21:35 (EST) we were all watching the stats page, waiting for just one more sale.

Four minutes later, another upgrade happened and we were officially over the $1M.

Some affiliates who hadn’t figured out what was happening were contacting us to ask why their inbox was filling up with commissions as more and more of the free members on their referral list took the leap.

Seven figures reached and we still had a few hours to go.

Altogether, for the one-week promotion, our upgrade sales totalled just over $2.75M.

To say we’re thrilled is an understatement.

It’s worth noting that this would be a good figure for a regular product launch. The fact that this was an internal launch – effectively an appetizer for the main launch in October – gives us goosebumps when we consider the possibilities ahead of us.

But as for right now, it’s Tuesday… it’s the day after… how are we celebrating this key milestone in Groove history?

We’re back at our desks, hard at work, tinkering, improving, refining and, most of all, pushing forward.

We’ve got GroovePages to polish, GrooveMember to perfect, GrooveBlog and GrooveWebinars to make ready for their own launch.

But we figured it was worth taking a few moments out to take a breath, reflect on a job well done, and most of all to say “thank you” to everyone in our community.

PS — We believe we made history for our industry. We believe that $1.73 Million in 1 day, is the Single Largest day in our industry history for the following: Online sales for an internal promotion (meaning not during an affiliate-supported “Product Launch.”)
While Mike has had many $1 Million Dollar launches, he in fact has never had a $1 Million dollar day in his 18 years online. Many have done Million Dollar launches but there are less than 10 launches in history that we are aware of that actually did $1 Million in one day and we are proud to now be part of that club. 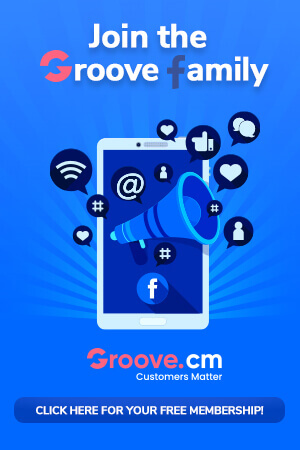 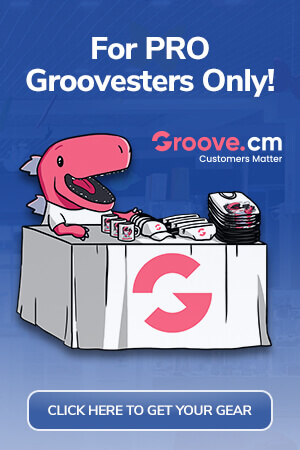 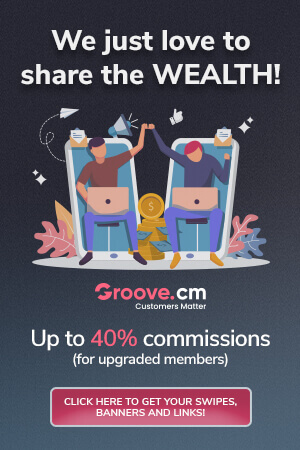